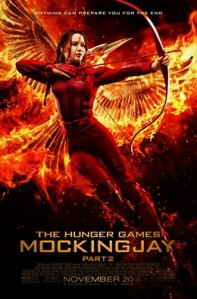 What passes for entertainment these days, it could be argued, shows a glib disregard for humanity, grace, and life itself. It’s a bit ironic, given that Hollywood tends to be first to get in line for humanitarian causes, yet the chief blockbuster product rolling from the City of Dreams on a quarterly basis is awash in cinematic bloodletting. I don’t know what to make of that.

I’ve long struggled with my distaste for The Hunger Games saga for this very reason. People tell me to lighten up, but often they are the same people who celebrate photos in their local paper of young girls and boys, bow in hand, grinning madly over their latest “trophy kill.” Violence begets violence, and when does it stop?

Surely, Hollywood doesn’t influence behavior – it’s just a movie, right? But, then, why did Chrysler partner with Lionsgate on this latest installment to cross-promote cars (which just seemed to be odd synergy, regardless)? Sorry, folks, you don’t get to pick and choose what people will emulate (rampant consumerism) or won’t (rampant disregard for life).

Not only did I already have this predisposition going into Hunger Games: Mockingjay Part 2, but the world has spent the better part of a week trying to reconcile the senseless violence in Paris, France and wagging hundreds of politicized fingers at governments or refugees or religions in a misplaced, manic desire to place blame on anyone but the actual perpetrators … and, for that matter, to shift focus away from our own collective collusion in this endless stream of mind-numbing violence, real and fictional, that dances across myriad screens.

It’s funny, and a bit sad then, that this final Hunger Games installment actually clarifies what it’s all about, Alfie, and what it’s been about, all along: a cautionary tale (albeit a simplistic, pubescent soap opera one) about the very world we have become – a world where violence is used for theatrical purposes to divide and conquer, to prop up the 1% and their self-selected preening dictators, and to oppress any and all of those dumb enough to allow mindless fear to curdle into unbridled hate.

Perhaps, the fact that this fourth film has opened with the smallest box office total of any in the series (albeit still exceeding $100M) suggests that the world sees less entertainment in its own follies than it once did? This film is a tough pill to swallow right now in the midst of the real-life tragedies facing us all.

Mockingjay – Part 2 suffers from the excesses of its immediate predecessor – or said more plainly, the greed of Lionsgate to attenuate the final book’s narrative into two films. Part 2 is just much too long, mopey, and meandering, after a Part 1 that was all of those things and a bore.

That said, this movie finally delivers what stands as the series’ punchline and thesis: absolute power – in a media-saturated age – not only corrupts absolutely, but does so with a rationalizing, self-obsessed, materialistic, nihilistic glee. Like the ubiquitous reality shows that Suzanne Collins’ literary creation ostensibly lampoons, the prize – in this case control of all humanity – must be won at any cost, and, if one freely jettisons their own humanity along their path to the crown, well, so be it.

In a line that practically made me stand up and applaud, Jennifer Lawrence’s Katniss hisses – as she begins to see the shameless willingness of “on/off again” boyfriend Gale (played with less and less gusto by otherwise charming Liam Hemsworth) to sacrifice morality for victory – “I guess there are no more rules about what a person can do to another person.” Darn tootin’.

This is not groundbreaking insight, of course. Shakespeare covered this idea in just about every play, comedy or tragedy … but it is potentially heady stuff for today’s masses if delivered in a smart, playful, and authentic way. Unfortunately, for me, this film series seemed perpetually torn between the Ray Bradbury/Kurt Vonnegut/Clockwork Orange-esque battery acid allegory it could have been (should have been) and the escapist PG-13 Subway-sandwich selling, middle America revenge fantasy it actually was.

For those following the films – and (gulp) loving them – Mockingjay Part 2 won’t disappoint. Jennifer Lawrence continues her emotionless, robotic hero quest as Katniss. This actor shows so much spark anywhere else that I’m just baffled by what a dud she is here. Regardless, Lawrence is still the glue holding this enterprise together. When she discovers the [spoiler alert] big reveal that the dictator she hopes to unseat (Donald Sutherland’s President Snow) will be replaced by one conceivably even more ruthlessly cavalier (Julianne Moore’s President Coin), Lawrence does yeoman’s work quietly selling the point to all of us in the cheap seats: “Look, bloodlust gets you nowhere. People are evil, duplictious sh*ts. They don’t care about each other, and those desperately seeking power are exactly the people who should. not. ever. get. it.” (Maybe Lawrence could moderate the next GOP presidential debate? Bow and arrow in hand?)

Jena Malone fares best as Katniss’ frenemy Johanna Mason, chewing the cardboard scenery and reaching through the screen and grabbing us by the collective lapels. She seems to say, “You know this is kinda nuts right? That this series made so much money? Now, stop whining and moping and pay attention to the nuggets buried way deep in this thing and start giving a crap about your own lives and about each other.” Or maybe I’m projecting a bit.

Best part of Hunger Games – Mockingjay Part 2 – for me?  That it’s over. 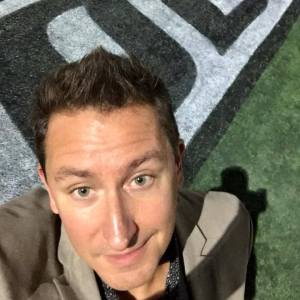 13 thoughts on ““I guess there are no more rules about what a person can do to another person” – Hunger Games: Mockingjay Part 2”