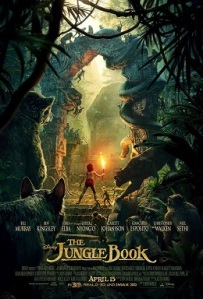 Rudyard Kipling’s The Jungle Book has been adapted by Hollywood a lot. In the next two years alone, we have two live action adaptations on the way, including Disney’s just-released remake of its own 1960s animated offering. There were versions made in the 1940s, 1980s, 1990s, on television, live-action, animated, on and on. Even characters like Tarzan (and those countless adaptations and homages and rip-offs – hello, “George of the Jungle”) likely owe a debt to Kipling’s seminal work about a “man-cub” named Mowgli who is raised by wolves and finds himself at the crossroads of an animal culture war over who the true “king of the jungle” should be.

Like Kipling’s Just So Stories (which I actually prefer), the original format of The Jungle Book (and its sequel) is a series of allegorical tales, recounting Mowgli’s adventures, with anthropomorphic animals serving as avatars for the highs and lows of human culture (e.g. greed, pride, sloth, bravery, compassion, etc.). It is unsurprising, then, that the Mouse House, with its long history of invoking the innocence of our animal friends to teach kid life lessons (see: Bambi, Dumbo, The Lion King, Finding Nemo) would return to Kipling’s rich well time and again. (And the merchandising possibilities ain’t half bad either.)

I have to admit that I’m one of few people on the planet who just isn’t that terribly gaga over the Disney animated classic. The Sherman Brothers’ score isn’t as iconic as you might think – really, can you remember more than 2.5 songs from it? “Bare Necessities,” “I Wan’na Be Like You,” and … maybe “Trust In Me” (the latter standing out mostly because of Sterling Holloway’s trademark lateral lisp sibilant “ess” sounds). The animation is that regrettably flat Hanna-Barbera-esque style into which Disney fell from the late 60s to the early 80s. And the whole enterprise just seems clunkily episodic and ends on a weirdly dour and kinda creepy note about Mowgli’s burgeoning sexuality. Ewww.

That said, I’m happy to note that director Jon Favreau (Iron Man), while treating the source material and the beloved animated film with reverence, deftly course-corrects for a modern audience. The look of this remake is beyond lush. Building upon the remarkable CGI animal work of The Life of Pi, Favreau’s team gives us a fully realized jungle, teeming with gorgeously rendered, remarkably expressive creatures. He pulls shy of the kind of pandering “kid humor” we typically see in children’s films these days, though I got weary of hearing the word “cool” bandied about, as it was more jarring than inclusive. (Sorry, I can be a snob about stuff like that.)

I’ve been hot and cold over the wave of Disney live action remakes/reimaginings to date (Alice in Wonderland, Oz the Great and Powerful, Maleficent, Cinderella), but this one gets it right. To this point, there has been a strange reticence to fully embrace the classic musical numbers associated with these films’ animated inspirations. Favreau cleverly sidesteps that issue, incorporating the aforementioned three numbers (the ones we actually remember) as spoken/sung interludes that flow naturally from the character set-ups and ditching the remaining numbers that would just be goofy and forced. As Baloo is about to launch into signature ditty “Bare Necessities,” he takes a meta-swipe at Mowgli’s assertion that a pledge chanted by the wolves earlier in the film was music: “That’s not a song. That’s propaganda.”

(The three songs – “Bare Necessities,” “I Wan’na Be Like You,” “Trust In Me” – also make repeat appearances during one of the most intricate and beautiful end-credits sequences I can recall in ages. You must stick around for them – highly entertaining and a lovely recap celebration of the film you’ve just viewed. Good for Favreau – that is a lost art in Hollywood these days.)

The voice casting is spot on with Bill Murray (a lower-key “Baloo” than Phil Silvers’), Ben Kingsley (his “Bagheera”sounding more Daniel-Craig-tough-guy than a typical Kingsley performance), Idris Elba (a hauntingly ominous “Shere Khan”), Lupita Nyong’o (deeply affecting as Mowgli’s wolf mother “Raksha”), Scarlett Johansson (an ethereal “Kaa”), Giancarlo Esposito (a militant “Akela”) and Christopher Walken (being full-creepy-a**-Walken as “King Louie”). Newcomer Neel Sethi is decent as Mowgli, mostly avoiding the adorable ragamuffin traps of the role but totally missing any of the feral survivalism that could have made for a truly transformative experience. Favreau does such a fabulous job immersing his audience in a layered world where wild kingdom danger lurks around every corner that Sethi’s day-at-the-mall pluck just didn’t quite complete the cinematic thought.

Favreau uses The Jungle Book‘s allegorical roots as a means of combating bullying in all its modern day forms. We live in a world where wannabe statesmen wag fingers, brutishly bloviate, and compare hand sizes; where school children bring semi-automatic rifles into the cafeteria and politicians fall all over themselves defending that “right” (such a funny choice of word); where gender, age, race, sexuality, class, species become an open invitation for hate and derision and alienation, wrapped in a flag and carrying a cross (with apologies to Sinclair Lewis). Favreau’s film is much less overtly political than those words might suggest, but just as Kipling used his stories to teach children lessons of kindness and acceptance, bravery and tolerance, Favreau (like Disney’s recent hit Zootopia) is challenging the kids (and parents)  in his audience to question their preconceptions and break apart the artificial boundaries separating us.

To that end, Favreau jettisons the original ending of Disney’s animated version (no doe-eyed potential paramour carrying a bucket of water this time), offering instead a tableau of an animal kingdom united against their oppressor(s). Early in the film, Akela asks, “How many lives is one man-cub worth?” How many indeed. 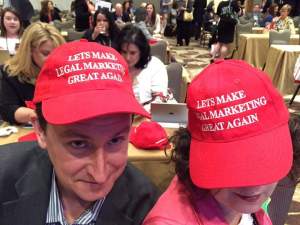