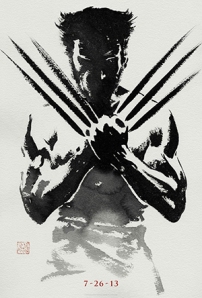 People may have forgotten, but, for better or worse, this current cinematic superhero love affair began its decade-plus-long courtship with a little movie directed by Bryan Singer in 2000 … X-Men.

That movie introduced the world to a new kind of comic book film that made superheroes seem just like us but with just a few extra gifts (e.g. flight, claws, invisibility, flame-throwing…you know…the usual stuff). These imminently identifiable characters exuded angst and anxiety about trying to fit in, in spite of or perhaps in reaction to humanity’s general aversion to if not outright loathing of difference and of talent.

Some might argue that it was Jackman’s likeability as the be-clawed mutant anti-hero that propelled the X-Men film series to global dominance. I would agree. And miraculously Jackman’s sparkling career has defied being derailed subsequently by some colossal missteps – both within that franchise as well as some other choices, namely X-Men: Last Stand, X-Men Origins: Wolverine, Australia, and … Kate & Leopold.

Now, coming off his Oscar-nominated triumph in last year’s Les Miserables (he should have won!), Jackman reunites with director James Mangold (Kate & Leopold‘s helmer, plus 3:10 to Yuma and Walk the Line, among others) to return to his career-launching role in this summer’s The Wolverine.

So how is it? Quite good actually. Blessedly, like earlier films set in the X-Men universe, there is a focus on the narrative of isolation and persecution (as opposed to selling as many action figures as possible at Wal-Mart). Jackman’s inherent kindness always underlies/accentuates the deep-seated sadness and disappointment that Logan/Wolverine carries from his nearly 200 years viewing man’s inhumanity to man. It makes for a compelling characterization.

The film picks up where X-Men: Last Stand left off, with Logan living in isolation in the Yukon after having murdered true love Jean Grey to save the planet from her out-of-control telekinesis. (Just typing that sentence explains pretty much everything that was wrong with that prior film.)

I have to admit I gave a little cheer when Logan, in the film’s opening sequence, attacks a group of beer-sozzled, stupidly-entitled redneck hunters who have slaughtered his sole companion in the wilderness: a beautiful, (though clearly CGI) lumbering bear.

From there, the film then whizzes to Tokyo where Logan reconnects with a former mentor whose life he saved in the bombing of Nagasaki in WWII. As Chris Claremont/Frank Miller realized thirty plus years ago with their seminal Wolverine comic book miniseries, rigid/gracious/mannered Japan makes a marvelous setting to explore the anarchic/raging/righteously indignant traits of this character.

There is nothing terribly groundbreaking about the movie other than this: it is quiet and it is character-driven. Even though it is yet another big, overdone, popcorn-spewing comic book adaptation, there is a lot of deep-feeling dialogue and introspection. Good for Mangold. The movie works hard (sometimes too hard) to dissect how cruel we can be to each other and how a little kindness here or there can make all the difference in one person’s life.

There are some mistakes. The green-haired Viper villain (villainess? is that word even used any more?) should have been sent packing to some other (dumber) movie. And I certainly could have done without the clanging/clunky finale where Logan nonsensically gets his claws chopped off by a gleaming Transformer-esque Silver Samurai (sad misuse of that character) and then fights … and fights … and fights.

Regardless, 75% of the film is atmospheric and engaging and fun … and, hopefully, will give Jackman’s career a five year boost so he can do another musical or two … before he has to step into his mutant boots again.

P.S. For my Ann Arbor friends, we had dinner at a new place around the corner from The Rave Theater (or whatever it’s called these days). The restaurant is Elevation Burger, and, for us vegetarians, they offer not one but two different kinds of handmade veggie burgers, both of which are excellent. We chatted with franchise owner-manager Mike Tayter for a bit, and the sensibility of the restaurant is very caring and conscientious and earth-friendly. I’m not a “foodie” in any sense (in fact, I hate that cloying expression) but I did want to pass along the recommendation.