Some additional coverage today at Encore (here) and MLive (here – five things to do in Ann Arbor this weekend).

Advance tickets are available at the group’s website, www.pennyseats.org. Although the curtain goes up at 7:00pm each evening, pre-show picnicking is encouraged, and the group will sell water and concessions at the park as well. All performances will be at the West Park band shell.  Patrons are encouraged to bring a picnic dinner to enjoy at the park before or during the show.  Lawn chairs, hats, bug spray, and other outdoor gear are also encouraged. Alcohol may also be brought and enjoyed responsibly.  Water and concessions will be available for purchase. More information about tickets, parking, and available packages, is available on the company’s website, www.pennyseats.org.

This is Urinetown number from Urinetown

Roy Sexton as Lockstock and Paige Martin as Little Sally 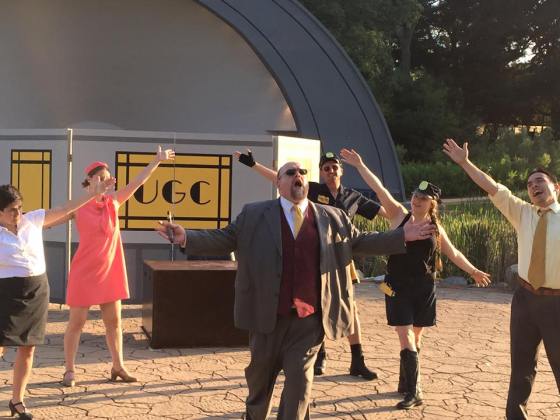 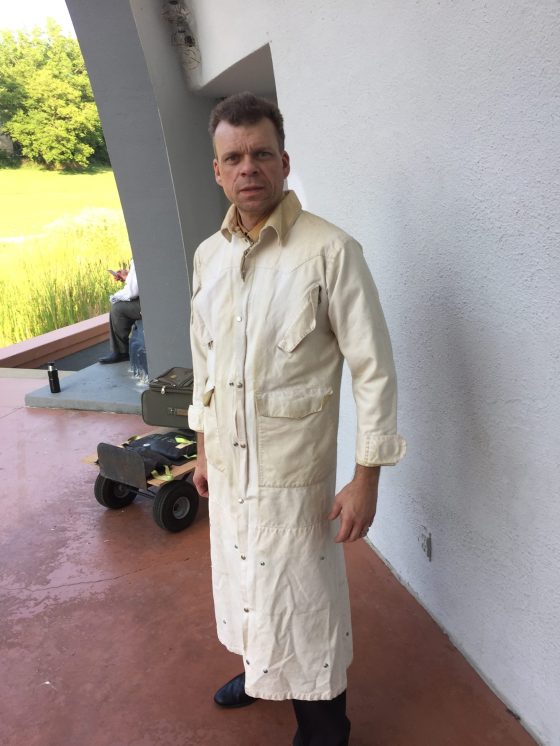 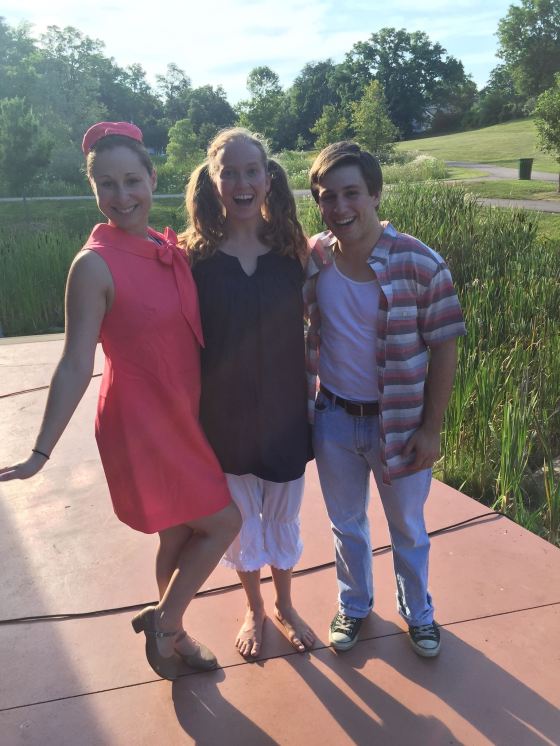 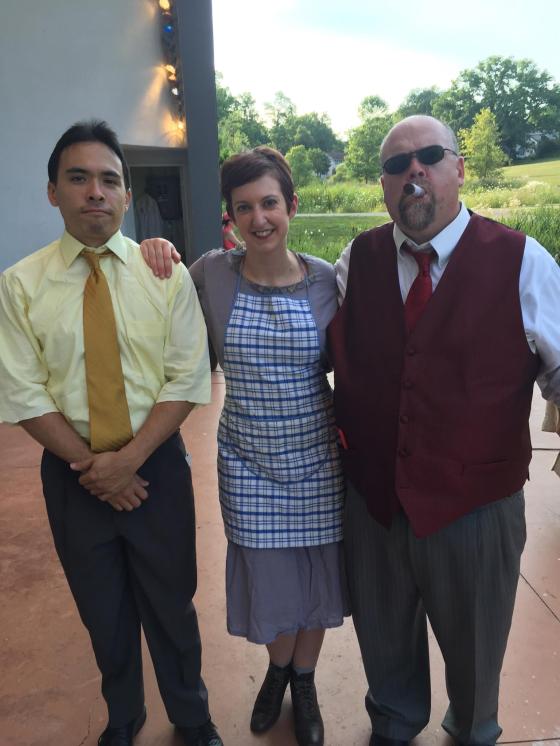 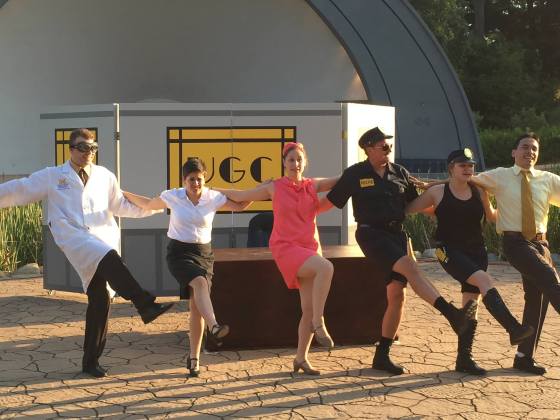 4 thoughts on “Urinetown: The Musical! opens THIS Thursday – yours truly as a mean cop! (Photos!!)”