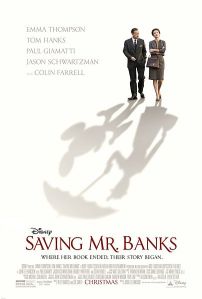 Christmas is rough. It’s an emotionally, physically, financially exhausting gauntlet. And, please, no “reason for the season” kickback. I can’t take anymore cornpone trumped-up “War on Christmas” and “you better honor my good old fashioned values” talk when someone dares to suggest this end-of-year retail bonanza is anything but an overhyped, overbaked marketing ploy foisted on us all.

(And I might add: that internationally embarrassing and entirely unnecessary dust-up about the Southern-fried dipsticks in Duck Dynasty and their inane social views has about finished me off on any and all “values talk” at this point. Sarah Palin, you should be proud – your insidious, brain-dead buffoonery is complete. The nation has become completely addle-headed. Cue spooky lightning bolt and thunder effects.)

I love my time with my family over the holidays – the movies and card games with my parents in Indiana, the quiet moments after the holiday has passed at home in Michigan enjoying the new gifts and getting ready for shiny Baby New Year’s imminent arrival. Unfortunately, this year Typhoid Roy hit and I managed to infect everyone in my path with the ugliest cold/flu hybrid this side of a Michael Crichton novel. Consequently, our standard film marathon was trimmed to just one flick – the delightful Saving Mr. Banks – while the rest of the holiday was spent dozing with visions of NyQuil and Kleenex dancing through our heads.

Fortunately for us, Banks is a keeper. The film is an exploration of the unending challenges Walt Disney faced convincing author P.L. Travers that he and his film studio would respect the spirit of her literary creation in bringing Mary Poppins to cinematic life. The movie suffers from a rather conventional narrative structure with a few too many clunkily intrusive flashbacks to Travers’ girlhood in dusty rural Australia. Overall, though, Banks is a gem.

Emma Thompson takes the fussy personage of Travers and spins comedic (and dramatic) gold from the character. Travers’ unease with the Mouse House’s carnival huckster ways leads her to throw barrier upon barrier in Disney’s unceasing path. The poignant joy of the film is the discovery as to why Travers is so resistant … and I’m not going to spoil your potential “fun” (fun being debatable, as I suspect you will shed as many tears as I did).

She is well met in Tom Hanks who succeeds marvelously in the unenviable task of taking on the iconic role of Walt Disney himself. With a twinkle in his eye, Hanks resists the urge to play too far to the cuddly “Uncle Walt” end of the spectrum, tempering his portrayal by hitting all the right notes of Disney, the canny businessman. Hanks and Thompson dance a fine tango of two strong personalities, scarred by life but undeterred in their respective visions.

The supporting cast is outstanding, including Paul Giamatti as Travers’ relentlessly cheerful driver, Jason Schwartzman as one of the songwriting Sherman Brothers, Rachel Griffiths as a Travers’ family member who may (or may not) have inspired the Poppins character, Kathy Baker as Disney’s impish executive assistant, Bradley Whitford as the put-upon screenwriter, Ruth Wilson as Travers’ long-suffering mother, and most notably Colin Farrell as Travers’ beloved, fancy-free, ultimately tragic father.

Farrell is in great respect the heart and soul of the film, turning in a deeply felt and moving portrayal of a father, whose steady diet of whimsy and rye leads him to a number of questionable if well-intentioned parenting decisions.

Ultimately, the film serves as a Valentine to true family values, the ones whereby we in the present try to honor the spirit and aspirations of our forebears. Travers is depicted lovingly and honestly by Thompson as an artist who struggles to make meaning of a fractured childhood, exploring the written word to create an indelible flight of fantasy that could provide sanctuary to others like her and that would honor and redeem the father she dearly loved.

Given that rampant illness kept me generally confined, there are a few home viewing options to mention. Jobs with Ashton Kutcher (!) in the title role as Apple’s storied founder is a meandering dud. Everyone in the cast seems to have done less research than reading half a Vanity Fair article on Silicon Valley’s hey day, mumbling their lines ‘neath shaggy 70s ‘dos. I was bored silly and I don’t think that was the influence of my cold medicine. 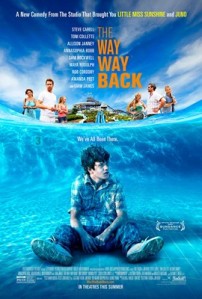 The Way Way Back on the other hand is a witty and touching romp, detailing the travails of a poor sad-sack kid stuck at a summer beach house with his mother (the always dependable Toni Collette) and her stultifyingly arrogant, menopausal-jock-bully boyfriend (the also great Steve Carrell playing the drama for once and eerily reminding me of some relatives whom I would just as soon forget). It’s one of those “aren’t we proud to be an indie film!” movies with a lo-fi pop-punk soundtrack and plenty of glowering, but there is much sweetness afoot, particularly when the boy finds his muse in Sam Rockwell’s scruffy water park lothario.

Finally, I read a book. Yes, a book! Vivien Leigh: An Intimate Portrait by Kendra Bean. In both visual and written detail, the book rhapsodizes over the talent, beauty, and ambition of the once and forever Scarlett O’Hara. Leigh’s dynamism leaps off the page. The author stumbles a bit with a near canonization of Leigh’s husband Laurence Olivier, whom I’m not convinced was as saintly as implied. Regardless, the book is an exuberant and frothy look at a true star who blended celebrity and craft with genius-level precision and who left this world too soon, haunted by a career that lends itself too easily to wildly veering swings of colossal fame and crushing rejection.

To come full circle, happy 45th wedding anniversary today (December 28th) to my parents Susie and Don Sexton – I’m very proud of them! And, yeah, it happens to be my birthday today too. I told you the holidays are something for my family! Thanks for reading…