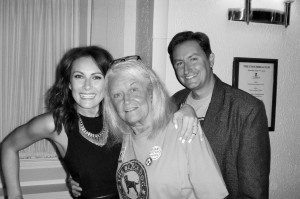 Benanti with my mom and me

On this Tony Award weekend, we had the privilege of meeting a fabulous Tony-winner – Laura Benanti – last night at Indianapolis’ The Cabaret at the Columbia Club.

You might recall last fall that I was a staunch defender of NBC’s production of The Sound of Music (click here), which I thought suffered unfairly from a lot of social media-fueled schadenfreude. The one element that did not need defending, by me or anyone else, because it was universally lauded as perfection, was the performance by Laura Benanti as the Baroness. 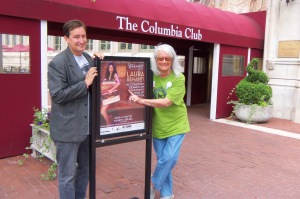 Roy and Susie with poster

I am happy to report that she is even more terrific in real life. 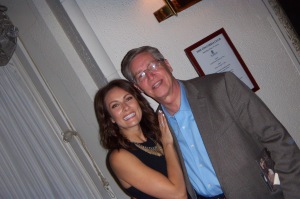 Benanti with my dad

Throughout her fizzy cabaret show, not a note is missed – musically, comedically, thematically. She is one of the most engaging performers I’ve ever had the privilege to observe.

But even more importantly, she is kind and down-to-earth and real.
My mother and I accidentally ran into her at the elevator right before her performance. Rather than keep her distance, she walked right over to us, and with an effervescent smile, queried, “You’re coming back, aren’t you?” Of course we were! And, even though she had a two hour set to get herself psyched up for, she stood there and talked to us for several minutes.

I might add that she is just as gracious with all of her fans following the performance in what otherwise can be sometimes awkward for both audience and performer: the dreaded meet and greet. She takes time with each and every one and genuinely connects with all. 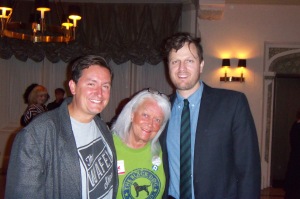 Almond with me and my mom

With my starstruck gushing aside, what about the performance itself? It is such great fun – a brilliant blend of soaring vocals, crack comic timing, cheeky irreverence, and poignant character analysis. The essence of what makes cabaret such a viable art form.

Benanti is marvelously aided and abetted by her amazing musical director Todd Almond who is as much sidekick and partner as accompanist, composing the original tunes, vocalizing with Benanti, and offering the periodic witty aside. And, by the way, he is equally personable, following the performance, happily taking my loony suggestions of pop nuggets they can skewer in their act – notably, my latest obsession Ariana Grande and Iggy Azalea’s “Problem.”

Why, might you ask was I so bold to suggest such a silly song for these accomplished musicians to perform in their act? 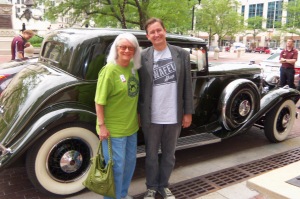 Well, for someone like Benanti who moves seamlessly between My Fair Lady‘s “On the Street Where You Live” to Beyoncé’s “Single Ladies” to Nine‘s “Unusual Way” (mesmerizing!) not to mention Sisqo’s “The Thong Song,” it seems a logical addition.

What you may gather from the preceding paragraph is that Benanti’s show is a gutsy synthesis of her tastes and style and identity. She wears all these songs easily … which is a remarkable gift. She is always herself yet simultaneously channeling a wild array of characters. 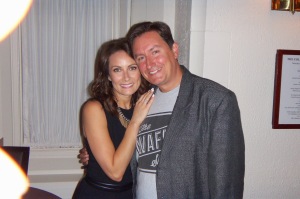 This tour is captured live on her album “In Constant Search of the Right Kind of Attention,” recorded at 54 Below, formerly the iconic disco Studio 54. My recommendation? Buy this album now, and enjoy it like you would a cast recording before going to see a Broadway show. The album is remarkable, but seeing Benanti act and sing these songs live is something not to be missed. There are enough variances between the album and the show to keep things interesting, and I won’t spoil the surprises here. If she comes to your town, run (don’t walk) to see her.

Most compelling is the manner in which Benanti paints a picture of her life as a perpetual (though fiercely independent) underdog. About someone so talented and beautiful, that may be hard to believe, but the reality is she has always been a quirky theater kid on the outside looking in. Amusingly, she lays bare the personal turmoils of a young girl listening to cast albums, learning to play the ukulele, and dressing up as obscure musical theater characters for Halloween. 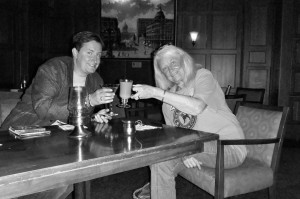 (She also isn’t afraid to go off script, poking gentle fun at the more provincial elements of the Hoosier-land where she was performing. I love my home state, but I give Benanti many props for gently reminding her audience that tolerance and compassion and humanity are essential regardless your background or beliefs. And if one can get that message across with a smile on one’s face, it makes an impact.)

I leave you with a clip of her singing “Mr. Tanner,” a forgotten gem by Harry Chapin. This number was a highlight for me both when I first listened to the recording as well as during the live performance. It definitely gives you a sense of her empathetic philosophy and ebullient heartache. Enjoy! 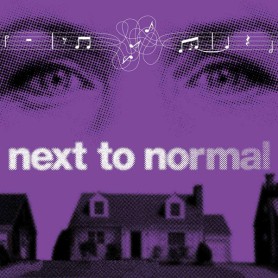 This isn’t a review. If anything it’s an ode to a phenomenal local professional production of the Pulitzer Prize-winning musical Next to Normal.

(In full transparency, several of my friends have been involved in putting this production together … and I even donated a nickel or two to the Kickstarter campaign that helped fund it.)

I had seen a few numbers from the Broadway production of this challenging show on the 2009 Tony Awards, and I promptly bought the two-disc cast album, but I had not yet ever had the privilege of seeing it.

It definitely exceeded my expectations.

Next to Normal, with music by Tom Kitt and book/lyrics by Brian Yorkey, details in rock opera form the travails of a young couple as they careen toward middle age, navigating Yuppie-dom, petulant teenagers, and a predilection for making sandwiches on the kitchen floor. A traumatic cloud hangs over their McMansion, the truth of which is revealed M. Night Shyamalan-style toward the end of the first act.

This narrative context – which shares its genetic code with such tragic familial dramas as The Subject Was Roses, Glass Menagerie, Fear Strikes Out, Ordinary People, Who’s Afraid of Virginia Woolf?, or All My Sons – is the perfect framework to explore the thorny topic of mental illness in today’s America. Our overeager societal penchant for pharmacological solutions receives the most caustic critique, though the authors have plenty to say about gender, age, economics, and the medical profession writ large.

The musical ends with an open-ended if nebulous note of hope, a hope that seems to rely chiefly on honesty, candor, risk-taking and acceptance as the true road to any mental recovery from a catastrophic event.

For those who haven’t seen this show, my words above may be, excuse the expression, maddening. I don’t mean to be coy (Roy! – with apologies to Paul Simon) but if I say more I will spoil the twist that sets the show toward its inevitable conclusion. So there. (You know you’re headed to Wikipedia right … about … now!)

Keeping in mind my admission that many of these folks are friends and acquaintances, the Two Muses cast, in my estimation, was uniformly excellent. With minimal staging, heartfelt performances, and a blessedly light touch, the six-person ensemble (Diane Hill, Nathan Larkin, John DeMerell, Aubrey Fink, Rusty Daugherty, and Richard Payton) delivered an exceptional show. Hill and DeMerell captured beautifully the delicate and painful dance of a couple perfectly wrong for one another, whose youthful good intentions have calcified into painful resentment.

With expert direction by Hill and Barbie Weisserman (including additional staging by Frannie Shepherd Bates) and strong musical support from Jamie Brachel (and fully visible musicians sharing the stage with the actors), this production strips away any visual distraction, simply and effectively using lighting, movement, and a simple chrome dining table and chairs to evoke a wide vary of locations, moments, and emotions.

So, here’s the punchline, Metro Detroiters. You only have one more shot to see this stellar production. Run don’t walk to the Two Muses website – www.twomusestheatre.org – and get your tickets for tomorrow (Sunday, June 30) afternoon. You won’t be sorry!