Thanks to Washtenaw County Legal News for this coverage of the release of Reel Roy Reviews, Vol. 1! Here’s an excerpt …

Roy Sexton’s first book “Reel Roy Reviews, Vol. 1: Keepin’ It Real” is set for release on the Open Books imprint February 28. Sexton, a resident of Saline/Ann Arbor, launched his entertainment blog of the same name (www.reelroyreviews.com) on Independence Day in 2012 and, nearly two years later, is a published author.

“Reel Roy Reviews, Vol. 1: Keepin’ It Real” is a compilation of essays composed in tribute to (and sometimes frustration with) the art-form known as “cinema” —with a few theatre, music, and concert analyses thrown in for good measure.

If you have trouble reading the scanned version below, click here. 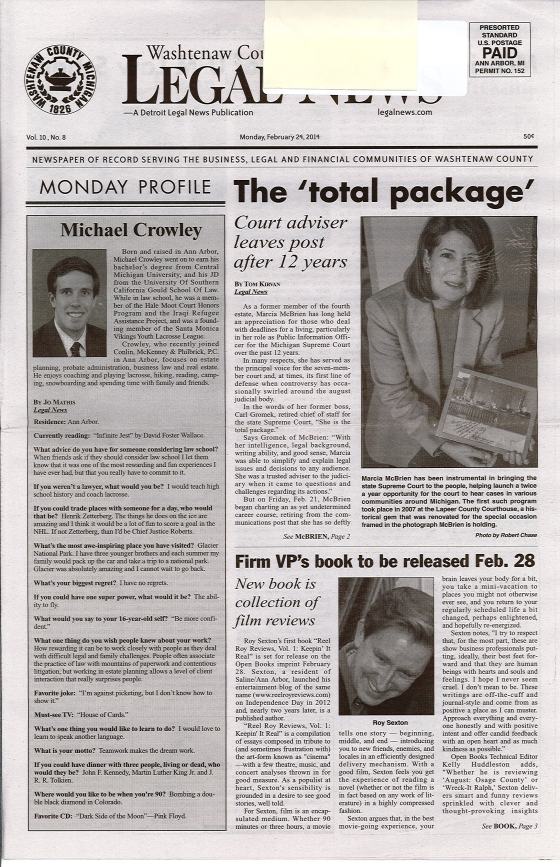 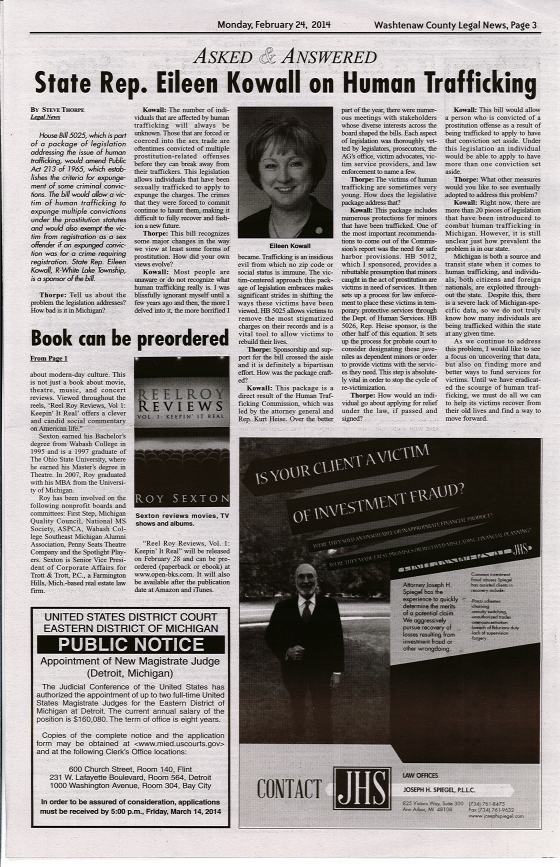