Just when you thought it was safe to go back in the bookstore … bam, the sequel! Reel Roy Reviews, Volume 2 coming January 2015 – here’s the announcement from the publisher:

“Keep ‘em coming!” is something Roy Sexton’s fans have said frequently over the past dozen months since the release of his first book of film reviews, Reel Roy Reviews: Keepin’ It Real.

Roy started out penning saucy missives about the latest Hollywood blockbusters, but lately he has been writing more about theatrical productions, concerts, and other live musical performances, as well as conducting the occasional interview.

In his latest book Roy reviews Sting’s new musical The Last Ship, offers musings on shows by Lady Gaga, Cher, Randy Newman, and Katy Perry; and has written one of the snarkiest pieces you will ever read about a Transformers film!

Fellow author Tom Joyce writes, “The guy’s obviously a hardcore film geek, who’s seen a ton of movies and has a good sense of what makes a quality film. But there’s an element of populism to his approach that I see lacking in a lot of film reviewers. He understands that sometimes you’re just not in the mood for a transcendent redefinition of the cinematic art form. Sometimes you just want a fun night at the movies. In other words, he doesn’t review like a serious student of cinema, so much as a regular person who just happens to really like movies. And, since that description fits me and — I’d venture to say — the vast majority of movie viewers that makes his reviews enormously engaging.” 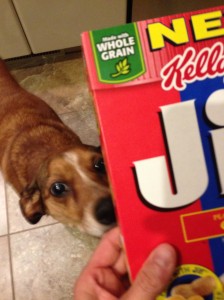 And enjoy this video of my mother Susie Duncan Sexton and me on The Kevin Storm Show, discussing animal rights, theatre, culture, and more … and if you’ve ever wondered what radio people do while their on-air guests are talking, now you know! Definitely some unintentionally ironic comedy here …

6 thoughts on “Just when you thought it was safe to go back in the bookstore … bam, the sequel!”