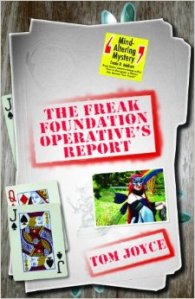 You know what question I’m tired of hearing? “Did you read the book?”

I get asked this repeatedly when I see a movie based on a piece of literature (sometimes using that term very loosely), if I dare to have some issue with the film: its narrative structure, character choices, execution, blah, blah, blah. The questioner always seems to imply that my review is somehow thereby deficient, that I didn’t do my homework.

This scrutiny arose when I found the Twilight movies a tedious bore, when I thought Hunger Games was overrated nonsense, when I dubbed Mortal Instruments insipid idiocy, when I felt American Sniper was dangerous propaganda, and when I perceived Wild to be self-aggrandizing tell-all myth-making. I didn’t read any of these uber-popular tomes – I only saw the film treatments. And I’m not going to read the books. Stop asking me. Please.

(In my defense, I loved the films of Divergent and The Fault In Our Stars, without perusing the best-sellers on which they were based.)

Here’s the thing. I don’t want to have to read the book to understand and enjoy the movie. A good movie adaptation will anchor the narrative pulse points in a novel or biography and add visual flair to make the piece cinematic, comprehensible, and it’s own entity. Think Gone With the Wind, To Kill a Mockingbird, Willy Wonka and the Chocolate Factory, The Black Stallion, The Godfather, There Will Be Blood, No Country for Old Men, Foxcatcher. Hell, think Gone Girl.

If it’s that imperative to read the book and see the movie to get the complete entertainment value, well, I just won’t. To me, that’s lazy film-making, and that’s coming from someone too lazy to read the books. So there.

If Kurt Vonnegut and Janet Evanovich had a baby whose doting uncles were Raymond Carver, Stephen King, Ray Bradbury, and Mickey Spillane, that baby very well might be Tom Joyce. The Freak Foundation Operative’s Report relates the sordid and satirical tale of Batley, a small post-industrial town in Central Pennsylvania, a burg terrorized by a nasty group of thugs (“The Slain”) and populated with a carnival tent full of freaks and weirdos (and that’s just the City Council). The central mystery (and it’s a compelling one) is why this town has been targeted, who’s pulling the strings, and why.

I won’t spoil any of the surprises, but the book is a zippy page-turner with just the right balance of mirth and mayhem to engage the most jaded of readers (me).

Joyce employs a rotating cast of narrators, including a hard-boiled and hard-drinking gumshoe; a universally reviled local journalist (named, oddly enough, “Tom”); and assorted colorful characters, including, among others, a foul-mouthed little person who runs a road-side freak show, a confidence man who grows increasingly less confident in his choice of allies, and a huckster demonologist/psychologist with a heart of gold.

Joyce has a great pulpy literary voice, informed with a cheeky sensibility, a knowing cynicism about the uniquely American ability to wave the flag while we stab each other in the back, and a genuine flair for marrying creeping crud, visceral thrills, and rich Mayberry-quirk  characterization. This book is naturally cinematic in its execution, cable-ready for HBO or AMC or (likely) FX to develop a raw, ribald anthology series from the frothy material.

The novel is composed of a series of journal entries, letters, documents, and reports (via the various narrators delineated above) offering the cumulative effect that we, as readers, are suddenly privy to a hotbed of small-town intrigue as the mystery unfolds through hearsay, redirects, and anecdotes (see Carrie, The Color Purple, or even The Sound and the Fury for other examples of this technique). This, coupled with Joyce’s pragmatic, glib, and witty writing style, makes for an adventurous reading experience – Hardy Boys/Nancy Drew for adults.

Here’s looking forward to big screen (or small screen) adaptation, wherein I can finally ask others, “Did you read the book?”

You can order at Tom Joyce’s The Freak Foundation Operative’s Report by visiting his free-wheeling blog here.